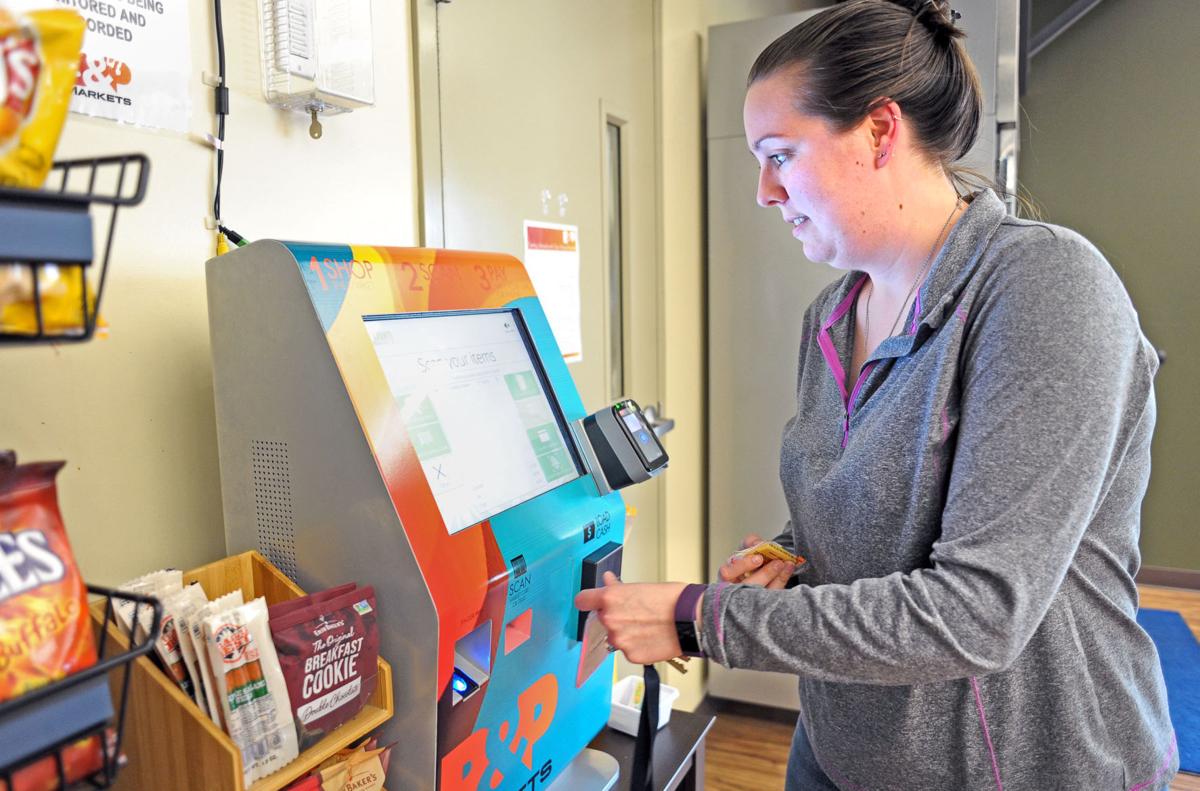 In need of a snack Thursday afternoon, a Hexcel employee browsed the selection of sandwiches, salads, fruit and other fresh foods found in coolers in the break room at the Burlington facility.

The coolers belong to B&P Micro Markets, a company that has been installing fresh-food coolers in area businesses such as Hexcel and Pacific Woodtech.

“We don’t work in an area where I can just run to the market,” Hexcel quality technician Jamie Decker said as she grabbed some Tillamook cheese from the coolers. “So this is great for those days you just need more calories or when you forget your lunch.”

B&P of Bellingham installs the coolers at no cost to the employer, said B&P owner Randy Sofie. The coolers are restocked based on what employees request and what they purchase the most.

“It offers (employees) a lot more variety to choose from,” Sofie said. “If you forget your lunch and your lunch break is 15, 30 minutes and you have to go out and get something, your time is shot.”

Employees can pick up the products and look at the nutritional value before taking them to a small kiosk where they can pay with a credit card, Apple Pay, a preloaded market card or by fingerprint, Sofie said.

B&P cameras monitor the food area to keep theft at a minimum, and employers are not held responsible if it does occur, he said.

Products sold at the market are sourced from a variety of food retailers, including Costco and a deli in Ferndale. Sofie said he would also be open to stocking local products.

B&P’s prices are comparable to a grocery or convenience store, Decker said, and some products such as cheese sticks or chocolate milk are a bit cheaper.

B&P operates 13 micro-markets in Skagit, Whatcom and Snohomish counties. Sofie said his company has offered the markets for about six years, but they became popular during the past three.

The micro-markets are best suited for workplaces with more than 100 employees, Sofie said, but that number is more flexible now that the markets are more established.